WSB >> Board of Directors Changes Announced

Board of Directors Changes Announced 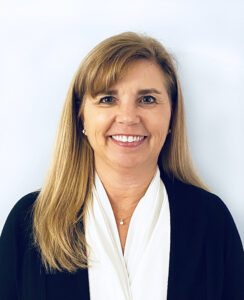 Claude E. Hudson and Rockney L (“Rocky”) Weber, have announced their retirements from the Board of Directors.  Rocky joined the board of directors in 1979 and served as Chairman of the Board from March 2006 until April 2021.  Hudson joined the board of directors in July of 1997.  In addition to his time on the board, he served as President and CEO of the bank from 2001 through December of 2013.

Lisa Wortman was elected to the board of directors in January of 2022.  A graduate of St. Anthony High School and the University of Illinois School of Accountancy, Lisa together with her husband John, are involved in real estate development as well as the convenience and liquor store industry.  They own 20 stores in Central Illinois and Missouri under the Jack Flash trademark.  Outside of the business, Lisa is on the St. Anthony Parish Finance Council and has previously volunteered her time for Samba and Fish.

Lisa is the daughter of Jerry and Marcie Schutzbach.  She and John are the parents of adult children, Jackie, Nick, Sam and Claire Wortman.

“With the retirements of Rocky and Claude, the bank is losing two board members that have been instrumental to the safe and sound growth of Washington Savings Bank from one location from 1883 to 2010 to five locations today,” said Koerner.  “At the same time, we are very fortunate that a person with Lisa’s background is joining the board.  She has been involved in growing a retail business and will be a valuable addition to our board of directors,” he added.

“I am honored to become a part of this organization and am looking forward to working with the leadership at Washington Savings Bank.  I am especially honored to be the first female board member.  I am attracted to this organization because of its solid core values and its history of providing excellent full-service banking to the citizens of this area since 1883,” said Lisa.