WSB >> New Chairman of the Board Announced

New Chairman of the Board Announced

Washington Savings Bank recently announced that Paul Koerner was named Chairman of the Board at the annual meeting held on April 14, 2021. Paul has served on the bank’s Board of Directors since August 2006. Outing Chairman, Rocky Weber, had served as Chairman of the Board since March of 2006.  He will remain on the Bank’s board of directors. 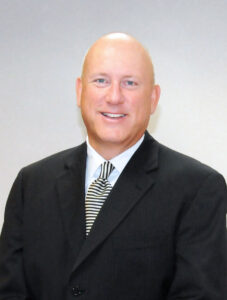 “Rocky’s stewardship of the bank has resulted in safe and sound growth of the bank from just over $188 million of total assets when he became Chairman to nearly $470 million in assets today,” noted David Doedtman, the Bank’s President and CEO.   “We are fortunate to have a replacement with Paul’s background and leadership ability to step into the Chairmanship,” added Doedtman.

Paul currently serves as President and CEO of Koerner Distributor, Inc., a beverage distributor of beer, wine, liquor, and non-alcoholic beverages in the state of Illinois.  He is a past President of the Associated Beer Distributors of Illinois’ Board of Directors and Executive Committee. He has also represented the state of Illinois on the National Beer Wholesalers Association Board of Directors and has been president of both the Effingham Country Club and the United Way.

He has participated in many activities in the Effingham community such as the City of Effingham Community Support Group, church related activities, St. Anthony of Padua Finance Council, and the Springfield Diocese Foundation Board. He is also on the Board of Directors for the Group Investment Inc. as well as Tingley Insurance Agency and serves on the executive committee for the Effingham Regional Growth Alliance.

Charted in 1883, Washington Savings Bank has two locations in Effingham and a location in Mattoon.  The Bank has earned a “Five Star” rating from Bauer Financial group for 130 consecutive quarters.  Fewer than 1% of the nation’s banks can claim this distinction.